Your super fund, your choice

Choice is inherently regarded as a good thing, particularly in these COVID-affected times when some of our basic choices have had to be suspended for the greater community good.

So last week’s passage through parliament of a Bill expanding the amount of choice in the superannuation system ought to be reason for a small celebration.

The Treasury Laws Amendment (Your Superannuation, Your Choice) Bill 2019 finally provides near universal choice of super fund by breaking the nexus between certain industrial relations agreements and the ability of an individual worker to select their own fund to receive their superannuation contributions.

The superannuation system has much to thank the industrial relations system for. The foresight of key union officials back in the 1980s lead to the creation of today’s industry super funds. But with superannuation now holding around $3 trillion of Australians’ retirement savings the focus has shifted to improving the system’s efficiency and competitiveness as called out by a range of reviews from the Financial System Inquiry and the Productivity Commission.

The legislative changes made last week introduce a fundamental choice for some 800,000 working Australians – the right to choose the fund their hard-earned contributions are paid to.

Small decisions in superannuation can have big long-term impacts.

Choosing which fund to hitch your retirement savings wagon to is one of those decisions. Choosing to consolidate your multiple superannuation accounts into one is another.

While most workers already have the ability to elect which fund your employer pays your superannuation contributions into this piece of legislation applies to those who are under an enterprise agreement or workplace determination where their employer designates their fund.

The intention of this change is to give employees more control and choice over their superannuation and to encourage more engagement, with the hope that the number of individuals with multiple funds having their accounts eroded by two lots of fees will reduce over time.

Superannuation may not be deemed the most pressing issue on the agenda for those who are still far from retirement, but it has good reason to make the list. To ensure you can later live the lifestyle you want, paying attention to your superannuation now is vital.

One of the simplest ways to get on top of your superannuation is to choose to consolidate it all into the one account. Many of us will change jobs several times in our lifetime and may have already accumulated a few default accounts selected by our past employers. By sticking to just one super fund or consolidating your accounts regularly, you avoid paying multiple account fees and insurance premiums. These fees may not seem costly at first, but over time, they will inevitably eat away at your superannuation balance. Consolidating your superannuation also allows you to know exactly how much you have in your fund at any given time.

When consolidating super funds take the time to understand the insurance benefits and options offered by each fund to make sure you are not walking away from valuable insurance cover.

For those people who have not had the ability to choose funds previously it is also worth reframing the way we view superannuation in our minds. Because we cannot usually access it until retirement and contributions are generally paid directly into our accounts by our employer, there is a tendency to view it as money we don’t yet own or control – particularly in our younger years when the account balance is building slowly.

There is a lot of discussion in the superannuation industry about member engagement. Being engaged with your super is smart but it doesn’t mean you have to suddenly have a view on investment markets or to directly control where your money is invested.

This is where an abundance of choice can work against you. Vanguard has produced a research report titled How Australia Saves and one of the key findings was that fund members who exercised investment choice over a 10 year period actually underperformed those members in the default MySuper portfolio offered by the funds in the survey.

So when exercising choice of fund understand that there are many well-diversified default superannuation options on the market so letting the professionals manage the portfolio is usually the best option for most fund members.

The bottom line is that superannuation is simply a concessional tax structure wrapped around your retirement savings where the federal government is offering tax concessions as the trade-off for locking those savings away until the time of retirement.

So mentally put it in the long-term savings bucket by all means but give it the same amount of attention you normally pay to your other investments. This means understanding your retirement goals, the costs you’re paying, and the investment strategy you’ve selected so that your money is being utilised in a way that best suits you. 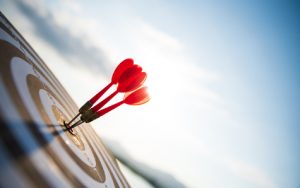 As Australian businesses implement work from home arrangements as part of their business contingency plans, managers need to consider how to accommodate telecommuting arrangements without sacrificing productivity and team dynamics, says one recruitment firm. 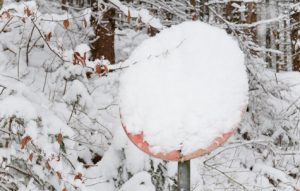 Treasurer Josh Frydenberg has weighed in on the superannuation debate in the clearest sign yet that the government may be considering a freeze to the legislated increase. 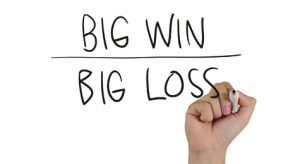 The risks in hunting for higher returns

How much investment risk are you willing to take? Find out why it's a question all investors should be considering right now. 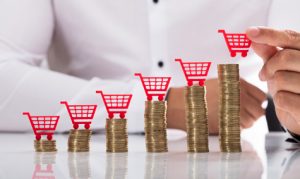 What exactly is inflation?

Why is the RBA so keen to see it return? And more importantly, what does this all mean for investors?