COVID crash: one year on

It's now been one year since the COVID-19 outbreak sent global markets into freefall. How have investors fared since the 2020 crash and what are the lessons learned?

Hungarian-born illusionist Harry Houdini was famous for his great escapes. So was American actor Steve McQueen, at least in his onscreen role in the 1963 film classic The Great Escape.

And it's somewhat fitting that both men were born on March 24, because that's also the date in 2020 when global share markets began what could arguably be described as one of the greatest escapes in history.

The scene had been set over the previous few weeks as the rapid spread of COVID-19 fuelled panic on international share markets. Like they usually do, markets moved very quickly.

In the space of just a few weeks, after having hit an all-time record high in late February 2020, markets went into freefall.

The Australian share market, caught up in the maelstrom, dropped more than 35 per cent over about 20 trading sessions to reach its lowest level in more than a decade on March 23.

But, almost as quickly as it all started, markets suddenly began to rebound.

The turning point was March 24 last year with the endorsement of a US$2.2 trillion coronavirus economic rescue package announced by the former Trump government – the largest in U.S. history.

Share markets have been steadily moving higher ever since and, one year later, the Australian share market is more than 50 per cent above its 2020 low point. The U.S. market is also trading at new record highs.

The accelerating rollout of COVID-19 vaccines, the huge monetary stimulus programs launched by many countries to offset the economic impacts of the virus, and record low interest rates, have acted as a safety net for financial markets.

If there's one key investment lesson to be learned from the events of the last year, it's that financial markets are unpredictable.

Even more unpredictable has been the market's growth trajectory, to a level where the Australian market is now very close to having recovered all of its losses from early last year. The U.S. market has already achieved that.

Record capital inflows into exchange traded funds (ETFs) and unlisted managed equity funds are a strong indicator that investor confidence in the prospects for equity markets is very strong.

In reality, trying to time markets is virtually impossible.

For long-term investors, the events of the last year have only reinforced the fact that market downturns, no matter how long they last, are invariably followed by market upturns.

Just being invested in the market, and making ongoing contributions, will ensure you never miss a beat.

Time in the markets is what counts

If we look back on investment returns over the past 30 years going back to 1990, what emerges is a very clear picture of growth across all major asset classes.

The volatility in markets over time is also clearly evident, with the period including major downturns such as the sharp market correction that led to the prolonged Global Financial Crisis between 2007 and 2009. 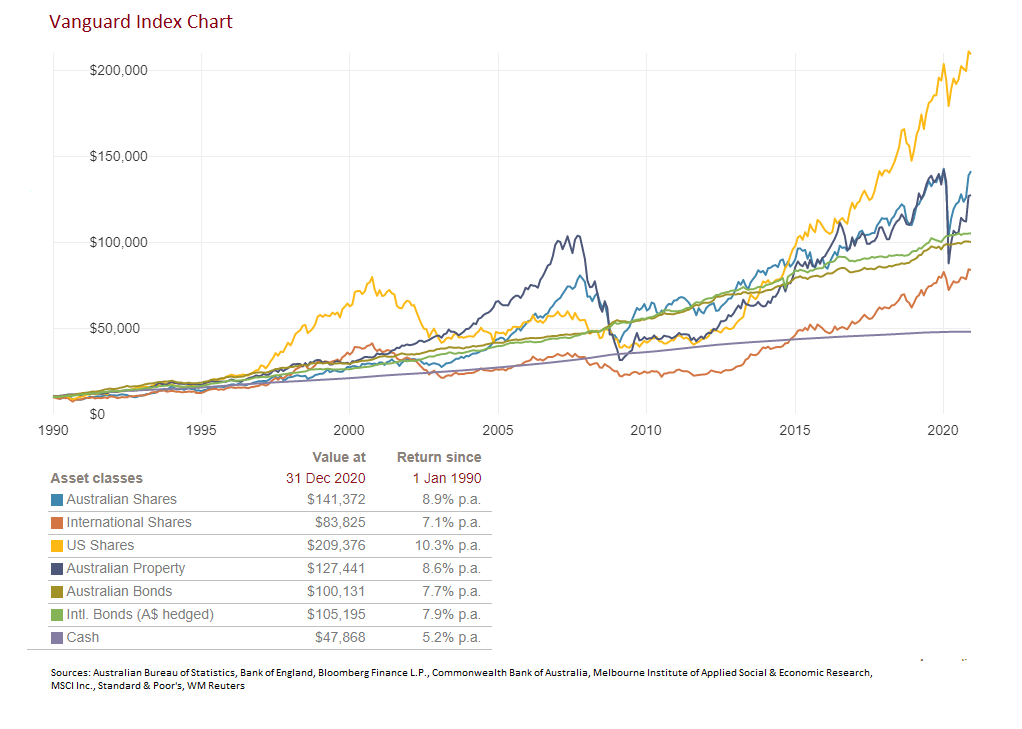 The chart above clearly illustrates the sharp downturn in global financial markets last year, but also the strong rebound from early 2020 through to the end of December.

Looking back over the past 30 years, it also shows that all asset classes have provided consistent growth over time, and some much more than others.

Taking the Australian share market, for example, up until the end of December it had delivered an average return of 8.9 per cent per annum over three decades, assuming all distributions had been fully reinvested.

Using a base amount of $10,000 invested back in 1990, a person holding Australian shares through an ETF or managed fund tracking the whole Australian market would have turned their initial holding into more than $141,000. That's a total return of well over 1,000 per cent, excluding any fees, expenses and taxes.

A $10,000 investment into U.S. shares over the same time frame would have returned 10.3 per cent per annum and be worth more than $200,000 using the same assumptions as above.

Even cash, the lowest-returning asset, would have delivered a total return of 5.2 per cent per annum and turned $10,000 into almost $50,000 with the benefit of compounding returns.

That's the ultimate power of being focused on time in the markets, instead of trying to time markets.

Having exposure to a range of asset classes to achieve broad diversification also reduces concentration risk and helps smooth out returns.

That's because the returns performances of different asset classes are constantly changing in line with market movements.

Markets will rise and fall, but it's all about staying the course, leveraging the combination of compounding returns and low investment costs, which together really add up over the long term.

After such a volatile investment year, it's abundantly clear that time in markets will always win out over trying to time markets.

Greenhouse gas emission by country since 1880 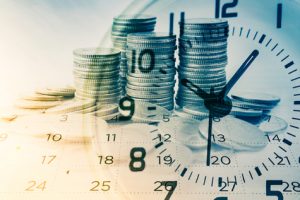 Do your investment goals stack up?

There’s an old saying, to only focus on the things in life that you can control. 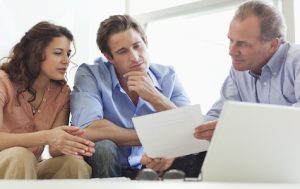 In an era of lower-for-longer interest rates and investment returns, retirees in particular should be thinking beyond just income generation to fund their lifestyle spending. 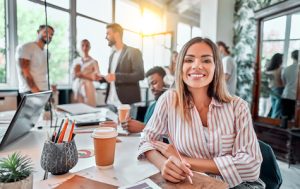 Acquiring shares under an employee share scheme (ESS) via your self managed superannuation fund (SMSF) may appear attractive but greater uncertainty has arisen following the ATO’s recent ruling, LCR 2021/2, on the application of the non-arm’s length income (NALI) rules to such a transaction.