Why benchmarking will be good for super funds

Your Future Your Super reforms have recently resulted in strong public debate. Here's why the proposed introduction of benchmarks for super funds may help further strengthen Australia's superannuation system.

But keeping score is important – not just in sport but across many activities whether it's a personal best on your 5km run, profit results from a business, progress towards your savings goal or how your super fund is performing.

The importance of Australia's superannuation system in meeting the retirement needs of Australians naturally – and deservedly – drives debate when major reforms are proposed. So it is no surprise that the recent package of reforms known as Your Future Your Super (YFYS) has resulted in strong public debate following the release of exposure drafts of legislation in 2020.

While it is not up for debate that the Australian super system is world class in many ways, there is always room for improvement, evidenced by the Productivity Commission's 2019 findings and APRA's fund heat map.

The challenge is developing a scoring system that provides a straightforward comparison of a super fund's performance.

In discussions like these it is hoped members' interests are paramount but that cannot be presumed when some recommendations threaten the viability and very existence of some organisations. In any race, self-interest takes a lot of beating.

One of the key recommendations for reform is a process to benchmark super funds objectively against their own stated asset allocation.

The notion of benchmarking investment portfolios against a market index is hardly radical.

Every fund manager managing money for superannuation funds is already benchmarked to several decimal places on their performance against market indices either by asset consultants, the funds themselves or indeed by a fund manager's own performance attribution process. Thus some of the arguments against the proposed benchmarking methodology seem disingenuous.

For example, while it should be acknowledged that the proposed methodology is not a perfect match – particularly in areas like infrastructure and private equity where finding a listed index equivalent is certainly challenging – using a listed index as a proxy by its very nature ought to provide a performance head start to unlisted asset classes courtesy of the expected illiquidity premium.

You only have to look back to 2014 when the My Super reforms were implemented to debunk the argument that the benchmarking methodology would drive super funds into “index hugging” behaviour. Back then, proponents of that argument were certain that the sky would fall in on high-performing active managers when the reforms were introduced but as we have since observed, nothing of the sort eventuated. And in any case, failure to keep pace with an indexed implementation of a fund's own benchmark over a period of seven years or more surely casts questions over the utility of incurring the extra costs of an active strategy in the first place.

The bottom line is that super fund trustees do need to have confidence that their investment strategy will outperform or match a passive benchmark set against their own publicly stated asset allocation. That hardly seems a draconian approach – especially given the 0.5% per annum margin that the benchmarking proposal permits over a period of at least 7 years.

Perhaps the argument is less about the benchmarking itself and more about the consequences of failing the test – in particular the impact on new contributions/members.

And what is unclear is how many funds would fail the test. Recent Vanguard analysis that applies the proposed methodology to the last six years of MySuper data suggests approximately 15-20% of funds are on a path to underperform on the first cut, absent a turnaround in their 2021 performance. But while underperformers would certainly be challenged, perhaps this would encourage more discussion of mergers where greater scale could lower costs to members and speed up the current slower than expected pace of fund mergers/rationalisation over the last decade.

None of this should come as a surprise to anyone. APRA and various political leaders from both sides have long cajoled and nudged the industry towards consolidation and efficiency. But the glacial pace of change – and the inefficiencies and costs to members identified by the Productivity Commission – will likely continue without a circuit breaker that provides a real incentive for the industry to get its house in order.

Detailed discussions about implementation aside, just as cricket players recognise that time spent in practice eventually shows up on the scoreboard and can help deliver better results for their supporters, surely the industry understands just how much performance and cost benchmarking will drive positive change across the entire superannuation business chain.

PrevPreviousCost of retirement up in December quarter
NextWhat exactly is inflation?Next 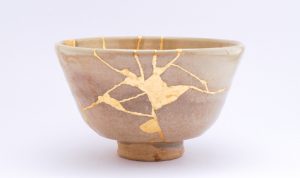 Individuals can now recontribute amounts they withdrew under the COVID-19 early release of super program. 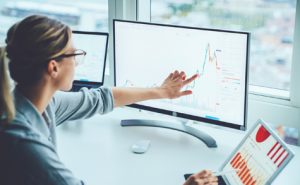 The rise of the female investor

While society continues to grapple with the factors driving gender and pay inequity, women are proactively turning to investing more than ever before. And in doing so, they are demonstrating a very competent and sensible approach to building up their wealth outside of superannuation. 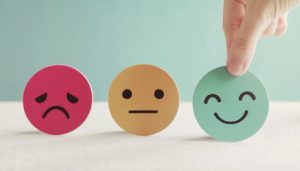 Victoria endures its sixth lockdown as the state's cases grow; NSW records 1,281 new local COVID-19 cases and three deaths. Lockdowns to be eased once 70% of the population is double vaccinated against COVID-19 yet today some 60% of Australians are in lockdown.

SMSFs are looking to invest more in equities and less in cash in this low-yield environment, according to the Vanguard/Investment Trends 2021 SMSF Investor report released last week.